Here's what some of our clients have had to say...

"We were so frustrated watching our bright, enthusiastic daughter having so much difficulty with spelling and writing. What a pleasure it is to see her master words and know that she will never have a problem spelling them again. In fact, she spells them better than me - forwards and backwards and forwards again!"

The Davis® Dyslexia program gave our daughter more than help with her dyslexia. I've been impressed with how much her ability to modulate her interactions with her peers has improved, and how she is able to focus and organize herself better.

I knew I wanted the Davis program, but I was doubly delighted to find that Karen LoGiudice herself was an absolute treasure. My daughter fell in love with her. Karen was patient, fun, kind, and so supportive of all the hard work being done. My daughter loved doing this program because she felt like a super star from day one. I loved it because she helped me see better how to encourage greatness in my child. 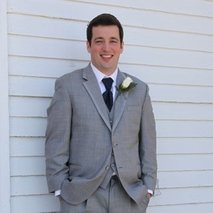 My dyslexia went undiagnosed until shortly after my 30th birthday. I went to Karen for help because I was struggling through my master's degree courses and at work. I set up a week-long training boot camp with Karen. It was a great decision! I'm able to read for pleasure more proficiently than before. I have also raised my GPA at school. Heading into my final semester of my master's degree program, my GPA is now 3.89.

The bottom line is, I was always embarrassed about my reading ability. I felt like I was stupid and not worthy of knowledge like the other kids in my classes. I was ashamed of how poor my reading comprehension was.

Since the training sessions I have seen a dramatic improvement. I still struggle sometimes, but I'm in a much better situation now. Karen gave me some helpful self-awareness tools so I can manage my stress-level more effectively. One component to dyslexia is the struggle to stay oriented. Stress is something that made me disoriented and unable to retain what I read. It has now been a year since the training sessions and I still am noticing the benefits of her program. Karen is a really sweet person who genuinely cares about my progress. I highly recommend her training sessions to anyone.

I was touched by a testimonial I read on the NE Dyslexia site several months back and it spurred me to write one myself. I and my son, Ben first met Karen at NE Dyslexia 5 years ago. Ben had struggled with his reading and writing for many years in elementary school and while he did receive special ed services, he was still not progressing as we had hoped and was becoming more and more frustrated with reading. We knew he had dyslexia but no one in the school system would say "the word."

Ben had tried many other programs without success so we contacted Karen. From the day she evaluated him for the program, it was like a little light clicked on. I think he realized someone understood what he was going through and he seemed very willing to try the program. We returned several weeks later during winter vacation and each day it was like a new child was emerging. I was worried when I went to pick Ben up for lunch after his first session with Karen that he would be frustrated. I was prepared to hear that he didn't want to return in the afternoon; however, what I found was a re-energized child, smiling and reminding me that we needed to get going because he needed to be back by 1pm for the afternoon session!

Karen was able to make Ben believe that he would read successfully in the future and that in some situations may have an advantage over his classmates because he was a visual learner. She truly taught him "the gift of Dyslexia."

Everything changed for Ben after he completed the Davis program. The most telling moment came on the day we finished the program. As we left Karen's office, Ben asked if we could go to the bookstore to buy a book to read. This may not seem like a big deal except that he had never asked this before because he found no pleasure in books; he only saw them as a hardship. He tried harder in school and knew that he was no different than all the other kids in his class; he just had to make adjustments in his reading.

In middle school he received all A's and B's and was recommended for a honors history class. This year he is a freshman in high school and continues to do well academically. Ben certainly still has hurdles to jump due to his dyslexia but he is fully engaged with his studies and has started to explore what colleges he might like to attend. We owe a great deal to Karen, as she was the catalyst that initiated Ben's success. My wish is that we could have a "Karen" in every elementary school in MA.

Mother of New England Dyslexia Solutions client (Age 14)
It has only been a few weeks since my program, but I am already seeing remarkable differences in my life!  You were right when you said that this was WAY more than a reading program...Dyslexia is a LIFE thing.  Interestingly, I have noticed a marked improvement with my sense of direction, my ability to reset myself/get calm and centered in my interactions with co-workers (and they are responding much better to my ideas), and my spelling is miraculously better!  Having the tools to manage my dyslexic symptoms and understanding how to correct the problematic areas in my life has been huge.  Lastly, I am excited to tell you that I no longer feel ashamed of being dyslexic!  You have enabled me to see how my Dyslexia is a gift and I know now that I had been using it all along without even realizing it.  What a relief!  Thank you so much!

(The Davis Orientation tools enable her to focus without stifling her AMAZING creativity. When on Adderall, she reported that her thought process was "stuck")  See more on our Medication Free Solutions for Dyslexia, ADD/ADHD, and Autism.
From the Davis Dyslexia Support Site...joanierm2006 wrote:

Q: Has anyone tried the Davis Dyslexia program? I would love to hear pros and cons of your experience.

A: My 11yo son went through the week long program this past November. When my mother was visiting us for Christmas, she commented more than once on the incredible change in him. He is no longer angry and aggressive, but a wonderful and loving boy. For me, that alone is worth the money spent. My son is more confident, less competitive with his older brother, and actually proud to be dyslexic.

However, Karen (in Amesbury, MA) did much more than help him understand and value his incredible creativity and ability to (literally) see things in a different way. This boy who I once had to fight with to read *anything*, is now constantly reading every word his eyes land on. He reads signs as we drive around, labels in the grocery store, and books instead of only graphic novels. He reads the newspaper as he walks it into the house from our mailbox, and now asks me how to spell words as he posts things on his Facebook wall. He is *thrilled* that he can *finally* write in lower case (we have not had any letter reversal issues since he finished the program). He asks to play word games! And his Behavioral Optometrist says that he went from an early 2nd grade reading level to a late 4th grade level. Just typing this all out is making my heart sing!

Previously we had tried vision therapy. We tried Brain Integration Therapy. We tried Neurodevelopmental Therapy. We tried hard core phonics lessons (that just would not stick no matter how much repetition there was). And my son fought me every step of the way. In case it makes a difference, let me add here that we homeschool, and that I have always been my son's only reading teacher.

I read the Davis book and considered trying the program myself, but I knew that my son would again fight me. So I went ahead and spent the money. The teacher/student rapport is of vital importance in this program. Karen is herself dyslexic, and that helped put my son at ease immediately. I also had concerns that he'd be able to stay attentive throughout the sessions, but the pace they went at was perfect. And the last day they spent our last couple of hours teaching me how to continue to teach him at home.

Now we spend about 30 to 45 minutes a weekday on "Karen stuff", as my son likes to call it. He *loves* working with the clay words and remembers how to spell each word we've worked on. He does sometimes resist working on some of the reading exercises we have to do, but I use the language Karen told me to in order to keep him from exploding the way he used to. I would say he gets frustrated now about 5% of the time, whereas any reading work at all was met with complete frustration in the past. And even in that 5% of the time, we are able to get him to a point where we can continue working, while in the past we'd call it a day.

I have been thrilled with the whole experience. Completely. The *only* complaint I would have had is about the price. Which honestly, now that we've been through it, I feel is well worth every cent.

HTH,
Coleen in CT
[Our son] had struggled with math for three years before committing to a Davis program. Having experienced great success with a Davis Dyslexia Correction program [reading], he was in a good place for positive results. Still, Karen had some defenses to breach: He had only recently admitted to himself that underlying confusion about basic math concepts was interfering with his ability to progress. Karen worked hard to establish a safe place for him to clear up his confusions, and the results were immediately obvious.

Eight months later, he continues to improve in math, moving from below-grade level to grade-level. His math teacher praises his strong grasp of math concepts and his willingness to "slow down and focus" when mathematical operations trip him up. Before his Davis math program, he said, "mistakes don't matter." Now, using his newfound confidence and picture-thinker's skills, he works to correct them. What more could we ask for?

Last night [my son] told me he was excited to go back today and work more with you.  For him to spend all day with one person in an educational setting and be excited to go back again is unprecedented to say the least.  Something really good must be happening.  My mother said when she took him to lunch, he was very mindful of the time so he would be back on time and that also, he read everything in sight.  This is the first and only experience that I can think of that is making him feel good about his abilities.  We can't wait for [Support Training on] Friday. Thank you!

Thought you might enjoy hearing about [our daughter's] report card for this quarter.... she went from 4 D's and 2 C's...to 2 A's, 2 B's and 2 C's...Thank you for all your help and teachings, they have really made a HUGE difference for [her]. She has really developed the skills to be able to read and process her schoolwork. She is so much more self-confident and proud of her work... Thanks, Laura